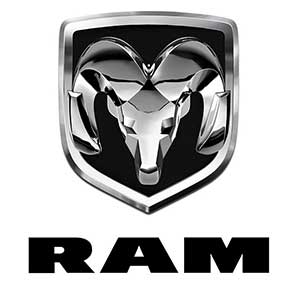 Ram, a division of Dodge was founded in 1981 even though Dodge had already been producing trucks since the early 1900s. It is considered one of the best brands has a good reputation worldwide. The name ‘RAM’ was first used in 1981 on the redesigned version of the Power RAM following the retirement of the famous D-series Dodge Pickup Trucks. Continue reading to learn more about Ram Trucks Logo, history timeline and list of latest models.

The ‘RAM’ name was supposed to be a tribute to the RAM hood which had been noticed way back in the 1933. However, when people began to notice the first truck with the RAM hood and logo on it, the brand immediately gained a lot of recognition. Therefore, Dodge decided to introduce the brand as its own separate truck division. In this article, you will learn about the complete history of RAM, important events, interesting news, and list of its current vehicles.

Important Events in the History of RAM

After its inception, RAM become one of the most recognized hood ornaments of all time, along the lines of Rolls Royce’s Flying Lady and Mack’s Bulldog. Not to mention, Dodge placed an actual RAM on their line up based in the 80s after bringing it back from the earlier days when Dodge wanted their vehicles to show ruggedness.

The first generation RAM trucks were rather simple and just like Ford used 350 to describe a one-ton truck, 250 for a three-quarter truck, and 150 to indicate a one-half ton truck. Throughout the 80s, the models hadn’t changed much as far as looks go, except for a few minor changes here and there to keep up with the times.

Like any other pickup, the first RAM trucks were available in 2-door, 2-door extended cab, 4-door crew cab, and dually options. Base D100 models were added for 1984 and a year after RAM Trac was introduced on the new Power RAM models. Additionally, in 1986, the RAM went through its first styling changes, featuring a new slight front end and crossbar grille.

By 1988, in the RAM history, most models received electronic fuel injection upgrades. And because of the new ABS, ignition, and controlled fuel injection system, RAM became more fuel-efficient. Therefore, they gained more popularity and eventually sold 100,000 units per year.

Till 1993, the design of all Ram trucks remained the same. However, in 1984, the second generation of these pickups was introduced. These models underwent significant exterior changes and now looked less ‘boxy’ and more stylish, as you can see from the picture above. The second-generation was also available in four body styles: Dually, 4-Door Extended Cab, 2-Door Extended Cab, and 2-Door Regular Cab. Engine offerings included 3.9L V6, 5.2L V8, 5.9L Turbo Diesel, and the all new 8.0L V10 engine, which of course was a gas-guzzler but worth every penny.

In 1995, the 2500 series of the second generation were offered in two gross-vehicle weight ratings. The main purpose of the weight ratings was to distinguish between heavy duty 2500 and light duty 2500 models.

In 1998, the second generation of these trucks received additional upgrades. The all new ‘quad-cab’ was introduced which featured small suicide doors for a door opening at the back of the truck. Other changes included a digital odometer, a chime replacing the buzzer for headlights/ajar/door/seatbelts, dual airbags, a revised interior, and rounded mirrors replacing the classic square ones.

These trucks went through an exceptional and fantastic redesign and featured numerous upgrades to the sheet metal, interiors, powertrains, and suspensions. They also came equipped with a larger grille, which proved to be a wise decision for Dodge. The third generation was available in many engine options. These included:

In 2010, RAM Trucks was established as a division of Chrysler. This line of pickups would specifically be sold under the new Ram brand and logo and would concentrate on real truck consumers rather than those who buy trucks for style and image. Ram was acquired following the acquisition of the Chrysler Company by Fiat S.p.A.

Now, the company is owned by FCA US LLC and focuses primarily on producing luxury vehicles, trucks, and of course, vans. Even though Ram is marketed separately from Dodge Cars, the lineup still remains as one of Dodge’s best creations.

The trucks sold under RAM have won the ‘Truck of the Year’ award more than five times. The second generation won the award in 1994, the third in 2003, the fourth in 2010, and the RAM 1500 series in 2013 and 2014. Starting with all 2009 models, RAM has successfully entered its fourth generation and will be entering its fifth in another year or two.

Do you find the history of RAM Trucks interesting? If so, then perhaps it’s time you try one of its vehicles as well in order to explore the true beauty of driving a Ram truck. We hope you found good information on the Ram Trucks history timeline, their logo and latest models.