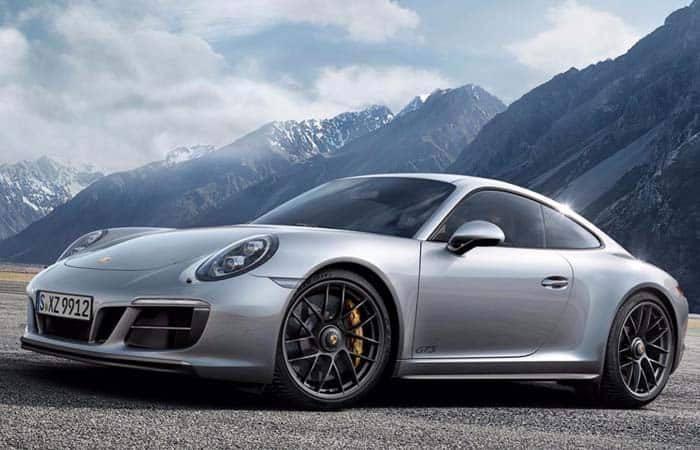 After a long series of the 911 Carrera Production, the Porsche shifted this evergreen model into the world of boxing sports. There have been too many cars that Porsche has introduced under the banner of the 911 Carrera. Well, among these cars there have been some that were made both for the track and roads. The 911 Carrera 4 GTS in one of those that was built for the roads, but some folk even love to run it on the tracks.

Just recently the Porsche introduced the Carrera 4 GTS. This car was introduced with a revised sporty structure that its ancestors had been using. And without any doubt, this Carrera is a lot better than what we had a couple of years back.

Though the base price might not suit a lot of us. But it is not even something that should be criticized. The ride quality, design, and the interior setting surely deserve this price. Well, the Porsche offers the Carrera 4 GTS for as low as $127,600.

This beauty has carried on with the Retro style that Porsche has kept on for years. We saw the same style a decade back and even a decade back than that. And in the present world, we get the same structured Carrera. But this classic entity has changed a lot in terms of performance and comfort.

Well, its notable performance caliber, neat structure and the rich interior have always earned some good rewards to the Porsche. The Carrera 4 GTS has earned a decent acclaim on the daily rides. And a lot of newspapers and the car magazine give the importance to buy this car.

The Porsche has carried on its tradition of flat engine technology. The 911 Carrera 4 GTS gets the 3.0 L twin-turbocharged flat-6 engine. Well, it does not matter whether you have the flat-6 or a V6. All that matters is the power ratio, its distribution and the performance attributes.

This Carrera is one of the finest Porsches. That is mainly because of its mechanism. Though it is not different than the standard Porsches. But it is a well-improved version. The 911 Carrera 4 GTS gets 450 hp of power with 405 lb-ft of torque with the all-wheel-drive configuration. It sounds much like the base version Corvette. Further, the powertrain comes mated with the 7-speed manual transmission. Along with that the Porsche’s favorite dual-clutch PDK transmission is also available for this car.

The 911 Carrera 4 GTS scored 0-62 mph within 3.6 seconds. That is comparatively better than a lot of unnatural 6-cylinder cars. Next, to that, the Carrera 4 GTS reached the quarter mile in 11.9 seconds at almost 119 mph. The overall fastest speed for this car is 192 mph. This is what we determined in a series of test.

Besides the performance, the 911 Carrera 4 GTS plays decently with the fuel. As far as we tested, this car could give up to 20 – 21 mpg as combined fuel mileage. Well, this rating can really make it stand among the errand runners.

While the handling is something blessed to it. The Carrera 4 GTS moves pretty sweetly and has a pretty agile kind of handling. Further, the braking response is even fantastic. It only took 145 feet to stop this car from 70-0 mph.

The Carrera 4 GTS has the same design as the rest of the 911 series. Certainly, the retro aspects are kept on in the design. Well, the front fascia is the same happy face like the rest of the Porsche. The Porsches are a mainly happy face while their attribute contains a lot of aggression. Further, it gets the similar rear design with the active dynamics. The cosmetics include the 20-inch satin black alloy wheels, LED lights and a fastback fall. Besides the conventional hatchback design, the 911 Carrera 4 GTS is also available with the removable top. Never mind those are called the Cabriolets, but we still call them the convertible hatchbacks.

The rich interior ingredients and the noble appointment are the major interior features of the Carrera 4 GTS. The leather seats, leather trim, leather-wrapped steering wheel and gear knobs are the basic ingredients of the interior. It is not just the simple leather, it is the premium Alcantara leather crafter for excellence.

The sports duck seats are standard for this car. Along with that, the repositioning features are standard. While the heated seats with a whole lot of comfort come with the 911 Carrera 4 GTS. Well, that is not just all. The Porsche offers an interior upgrade package for the Carrera 4 GTS. It includes different color schemes, stitch designs, GTS logo headrests and carbon fiber trim.

Further, this car offers space for 2. And there is a lot of space to sit in this car. While you cannot expect the cargo lifting ability from this car.

Well, the infotainment screen offers the navigation, Bluetooth, smartphone connectivity, voice recognition and telephony. Ahead of that the Carrera 4 GTS gets a fully equipped 4.6-inch TFT driver’s cluster display.

The Porsche 911 Carrera 4 GTS includes a pretty decent amount of safety features. For passive safety, it gets the airbags and the stretchable seatbelts. While in the active safety column in gets the active dynamics to keep the car steady at fast speed. Along with that, it gets the anti-lock braking system, the electronic brake force distribution, stability and the traction control.

Further, the rest of the safety depends on your diving skills. You drive it safely, the car would remain safe.

The Maserati GranTurismo has a similar power rating. But its performance caliber is lower than the Porsche 911 Carrera 4 GTS. While it captures a modern day design and a similar interior setting.

But still the Porsche 911 Carrera 4 GTS is a class apart. It is one of the sweetest Porsche present in the world today.