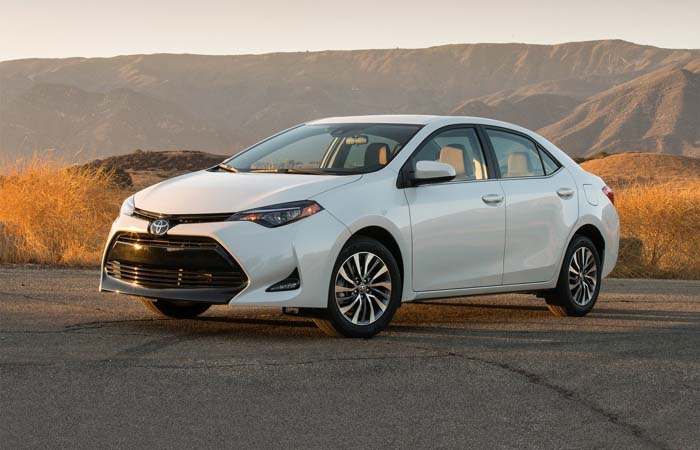 Some cars leave a long-lasting effect on the drivers. Although they are simple, they have some magic that attracts the driver and the passengers. Well, the mid-20th Century has the most examples. Like the Volkswagen Beetle and the Toyota Corolla.

Well, here we are concerned about the Toyota Corolla that came out to the market in 1966. This is Toyota’s legendary car that has ruled the world market for more than three decades. Just 12 years after its launch it became Most Selling Car in the World. And that was not just all, in 1997 it surpassed Beetle after becoming most produced and sold car ever in the world.

Up till now, Toyota has sold almost more than 50 million units of Corolla. And it scores it the longest running successful car series ever by a Japanese car producer. Previous to that the Germans took most of the benefit. But the simple technology of Toyota Corolla changed everything.

The Corolla was actually introduced to fill up a gap. There were either the big sedans or the smaller Publica. But there was nothing like a family car. Further, the fame and success story of Corolla lead to the discontinuation of the Publica. Well, Corolla has been extracted from Latin, meaning a small crown. Generally, the Toyota Corolla was conceived as the downsized version of the elder Crown.

Well, the Corolla is living in its 11th generation. Throughout its life, the Corolla received numerous design and performance upgrades. The present-day Corolla is available for as low as $18,550. And the finest model could be acquired for as low as $22,370. The North American market gets 6 models from this car. While the other markets get a different number based on the available drivetrain and options.

When you have to serve the whole world, you have to be versatile. In the same way, the Corolla is not meant for just the North American or the Japanese markets. It is sold everywhere in this world including South Asia, Far East Asia, and Europe. This made Toyota bring in a variety of drivetrains as per the requirements of each and every market.

There are around nine different drivetrains available for this car. The first one is the 1.3 L gasoline 4-cylinder engine with 93 hp of power and 89 lb-ft of torque. This is mostly found in the Far East Asian and South Asian countries. The 1.5 L 4-cylinder gasoline engine with 109 horses and 102 lb-ft of torque is the next variant. And it is even meant for the Asian markets. The 1.5 L with 109 horses and 100 lb-ft of torque is usually found in the Japanese markets. It is the fuel-efficient tech with underpowered performance.

The Corolla even comes with the hybrid powertrain. This variant gets the 1.5 L 4-cylinder engine with a combined power ratio of 72 hp of power and 82 lb-ft of torque. Well, it is even an underpowered drivetrain, but it suffices for a lot of markets.

The upper-level Corollas usually come with 1.8 L 134 hp and 2.0 L 143 hp engines. These are usually found in the trims equivalent to XSE trim levels. Well, Corolla is not just a gasoline and hybrid tech car. It even comes with the 2.0 L 4-cylinder diesel engine with 126 horses pounding at 229 lb-ft of torque.

The North American market gets the 1.8 L 4-cylinder engine with the base rating of 132 hp. The valvematic edition adds in 8 more horses.

We generally know that Toyota Corolla is a sedan. And almost everywhere in the world, it is sold as a sedan. Well, its designing is the combination of some German appearance as well as the modern day hybrid car looks. The front makes it a sexy smiling girl longing for fun. It gets the LED headlamps, projector fog lights, charming Toyota’s signature grille and sporty structure. And the rear embarks some Japanese autobahn and Audi’s LED taillight technology. The uplift version looks more like a sports car with 15, 16 and 17-inch alloy wheels and reduction in the ride’s height.

Not to forget, just the North American or some other rich markets get such cosmetics. Otherwise, you will encounter steel wheels, halogen lamps, and pretty old school Corolla. Certainly, you would find that in South Asian markets.

Well, the Corolla is not just a sedan. In Japan, it is even offered as a station wagon. The Japanese configuration is certainly different than the other markets. There the Corolla gets a giant grille, old-fashioned headlamps, and grumpy rear.

The Corolla gets the basic comfort interior but it has been appointed in a decent manner. Cloth seats and carbon fiber trim are some basic ingredients of this car. Further, options include customization of seat and trim color, seat design, and some other amenities. Well, the spacing is fine in this car. The front row is comfortable with plenty of space to relax. And the rear row is sufficient for three passengers. Well, if you need more comfort, you may throw out the third person from the rear seat. Ahead of that, Corolla is a family car. And family cars have cargo trunks. Well, the Corolla has sufficient space for the cargo.

The Corolla comes with the 6.1-inch touchscreen infotainment system. Well, this is a multimedia system with audio options and Bluetooth streaming. And if you need navigation you would have to upgrade to the 7-inch screen. Ahead of that, the Android Auto is available for this system.

Well, the South Asian Corolla comes with the 8-inch screen powered by Android. It seems much like a smartphone placed horizontally.

The Corolla gets most of the active safety features as standard. These include the cruise control, lane-keeping assist, high beams activator, the emergency braking and the anti-lock braking system. Further, the passive safety is fine and sufficient for the occupants.

Conventionally the Japanese market is the major competitor for this car. There have been a lot of activity among the Japanese car producers to challenge Corolla. Like the Nissan produced Sunny and the Mitsubishi brought in Lancer. But these cars were never that much successful. Well, among all this production, the Honda created something that got closer to the Corolla. It is the Civic which is mainly more luxurious and expensive than Corolla.

Well, the Corolla is a fine option if you have to reduce your maintenance cost. But if you need passion and joy, you certainly would have to move to another option.