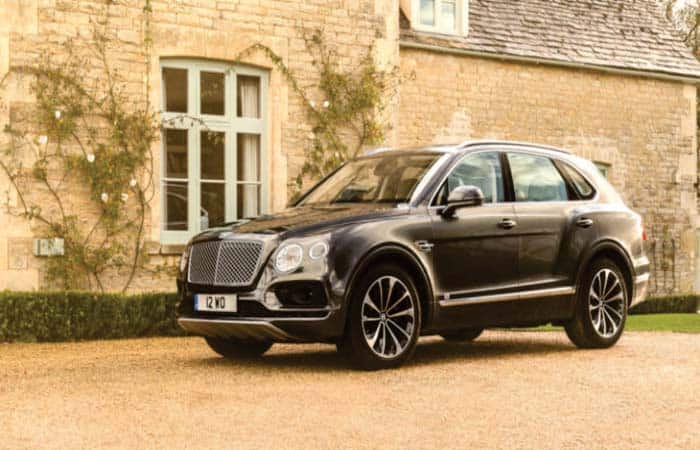 Bentley has a profound history of luxury and comfort. And not just that it even has its roots into the magnificent powertrains. Bentley has been providing the class apart vehicles since a century. The present fleet is undoubtedly full of amazing and heart throbbing cars.

Bentayga is one best example that we could derive from the fleet of Bentley. It is immensely powerful, extremely comfortable and a gorgeously designed SUV. Though we do not actually see such handsomely crafted SUVs.

On top of that Mulliner adds some more colors to this ride. It is an elastic dimension that lets you design your ride. Mulliner is actually a Personal Commissioning Department, owned by Bentley. They were the finest coachbuilders in England. It was 18th Century when the first time that they came into the business. This was a family business that developed into the cars beautifying unit.

In the mid of 20th Century, the division was held by Rolls-Royce. And believe it, Rolls-Royce made the best out of it. Soon the Bentley became the part of Volkswagen. And in no time, the Mulliner was formed as the beautification unit of this company.

The Bentayga Mulliner is introduced in the spring of 2017. While the standard Bentayga was launched in 2015. The vehicle is limited to fewer sales. Not just the interior and exterior, the performance has also been improved.

The mechanical specification of Bentayga Mulliner is as same as standard Bentayga. It has the same W12 twin-turbo 6.0 L TSI engine. And even it has 600 hp of power with 664 lb – ft of torque. But this immense machine is faster than its standard model.

The Bentayga Mulliner takes 3.5 seconds to accelerate from 0 – 62 mph. While the standard Bentayga takes complete 4 seconds. However, both of these SUVs has a top speed of 187 mph. Well, driving creates a lot of difference in the performance of a car.

In the Bentley Bentayga Mulliner, you get the air suspensions. The suspension is continuous damping control. And further, they have four height adjustments. The driving modes allow you to go through all the suspension settings. The standard is with every driving assistance off. It lets you sway through your path. But thanks to the active stability that does not let you go off your track. While the dynamic mode makes the ride softer and enjoyable. Though you do not remain in much liberty in this mode. But it is the most quieter and smoother mode of Bentayga Mulliner.

This huge W12 engine requires a massive coolant to keep it running. A super aluminum radiator gives enough air to this monstrous engine cool. Well, the Bentayga Mulliner weigh around 7165 lbs. That is really quite massive. Usually, we do not get such heavy SUVs. And even the weight affects the performance and handling of the car. But here in Bentayga Mulliner, everything is well balanced.

The handling is quite sweet. We rode across the outskirts of the Central Europe and the heat blistering roads of Middle East. And everywhere this car has delivered the finest steering and braking.

The standard Bentayga wears the stock cosmetics. While the Bentayga Mulliner is a handsomely crafted monster. All begins from the headlights. The Bentaya Mulliner gets the LED headlamps with adaptive character. The same goes at the back. The rear even has the full beam of LED lights. Well, you get the 22-inch alloy wheels. The wheels bear the Mulliner Paragon design with a light gray paint. Further, the wheels have polished pockets. In Bentayga Mulliner, the monogram on the wheels would not go twisted. Neither would it go upside down. Because it has the self – centering wheel leveling cap, which balances the angle itself.

Well, you get a choice of 107 colors to paint the exterior of your ride. You even get roof rails on the Bentayga Mulliner. By the way, you would not prefer putting a boat on the roof of such a beautiful car.

Besides the beauty, there is plenty of science involved in the exterior design of this car. The Bentayga Mulliner involves a massive application of aerodynamics. The grille on the front bumper assists the cooling of the W12 engine. The bonnet slides the air away from the windscreen. While the slanting rear helps keep the drag coefficient lower.

The interior of Bentley Bentayga Mulliner? It is full of amazement, comfort, culture, and charm. Let’s open the door and get in the car. While you open it, the Bentayga Mulliner welcomes you with the Bentley Logo LED lamp. The cushioned soft leather seats await you to be seated. The Walnut veneer hides envelope the accents. Well not just that, the Mulliner signature contrast coloring shades the interior trim. The Bentayga employs heated and acoustic IR windscreen and side windows.

Well, this is just the basic interior. Along with that, there are a number of perks available in Bentayga Mulliner. Need a child champagne while sitting in the car? Then ask Bentayga Mulliner, as she has the bottle cooler for you. On every side, the Bentayga tells that she has been designed by Mulliner. Then you get panoramic sunroof, cushions and mood lightings. You can even have a picnic inside the car. As it has the picnic table all ready for you.

In addition to the standard interior features, there are a plenty of optional features available as well. Like the rear privacy glass and lambs’ wool rugs.

Bentley has equipped Bentayga Mulliner with some good technology. It has the 8-inch touchscreen infotainment system. This system has 60 GB of space to save music and driving information. Well, navigation and voice recognition is standard. On top of that, you get the Wi-Fi Hotspot. It is a complete package of entertainment.

Besides these features, you can even enjoy the Bentley rear entertainment. It is an optional feature available for Bentayga Mulliner.

Well, if you are looking to get an SUV between $230,000 – 250,000, then Bentayga Mulliner would be the best option. It has everything to make your journey the finest pleasure.