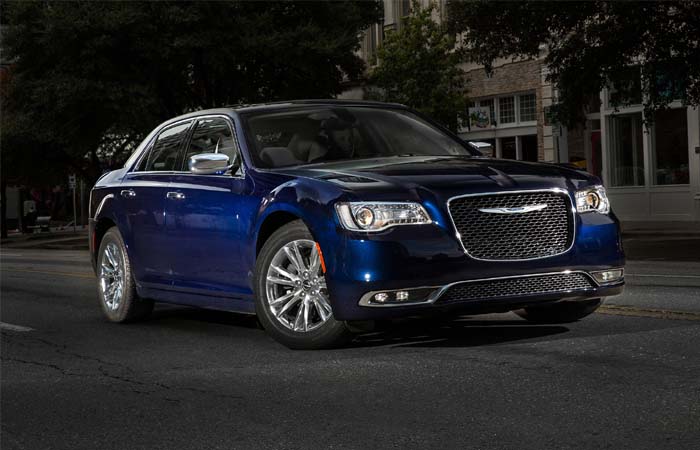 The General Motors has expanded their roots into production cycles. They are the Dodge, the Chevrolet, and the Chrysler. Well, the Doge and the Chevrolet are kept for the performance cars. While this Chrysler makes all ends meet for the luxury rides.

Well, in 2003 the Daimler Chrysler introduced the 300 concepts at the New York International Auto Show. The vehicle was a derivative of a former concept display in 1998. And it was crafted for the luxury rides.

Later on the basis of the 300 Concept, the Chrysler 300 went into production. And finally, the initial models for the year 2005 came out. To utmost the luxury, most of the parts are even taken from Mercedes E-Class till 2009. Especially the mechanical components were based on the E-Class.

The second generation came out in 2011. Well, at this time the GM had taken control of the Chrysler and FCA was contributed to the designing of this car. Certainly, the 300 received a lot of improvements based on Dodge Charger and Challenger. Especially the drivetrain was now heavily based on the Dodge. While the European and Australian models still depended on their European counterparts.

Since then the Chrysler 300 is governed by the GM. That was 2015 when this car received its last major exterior improvements. Well, the present day 300 is generally available in 5 different models. The 300 Touring is the base model for this series priced at $28,995. The next comes the Touring L, S and Limited edition. While the 300C is finest trim level available for this car $40,995. As per some theories, the 300C is an independent model apart from the 300. While here in North America it is counted as the model of the Chrysler 300.

Driving a Charger or the 300 is not much different. The Dodge Charger feel sportier and stronger. While the Chrysler 300 just carries a feel of an elder family sedan. Well, the performance mechanism is quite similar in both the cars. Actually, it is same, but the only difference is the power ratio.

Well, the Chrysler 300 begins with the 3.6 L V6 Pentastar engine. While the same engine is shared by the mid-level trim. The base model has 292 good horses with 260 lb-ft of torque. And the mid-level version gets 8 more horses.

These are the only tamed versions available for the Chrysler 300. The performance is soothing with a decent touch of performance. But it does not really seem to be fresh and new. Well, once switching from the Charger or Challenger to this car does not really make anything feel different. While the available 8-speed ZF 8-HP/45 automatic transmission gives a decent torque distribution to this car.

Well, the V6 Chrysler 300 makes 0-60 mph launch in 6.3 seconds. Further, the top speed of this vehicle is 131 mph. Certainly, a V6 making this much power is like a slow or untrained mule.

Further, the handling traits are pretty mature. Though at times the handling seems hefty and lethargic. But it moves nicely. Along with that, the braking ability is even acceptable. We tested 175 feet braking from 70-0 mph. It seems pretty fine for an urban car. While for a sports vehicles that are quite ordinary.

At some point, the exterior designing of Chrysler 300 seems bold and elegant. While normally it is much like an old school. Well, the cosmetics include a huge front grille, projector lamps with LED DRL and 17, 18, 19 and 20-inch alloy wheels. Further, the rear gets an uplift spoiler with a flat back. Ahead of that the aerodynamic application is subtle enough to balance this car. While the Chrysler 300 weighs too much for a sportier performance. You cannot really expect a smooth performance from a V6 car weighing more than 4,000 lbs.

The cloth seats are standard for the base models. While the upper trim models get the leather seats. Chrysler has definitely tried to give a luxury touch to the 300. But it is not much luxurious. The upper trim models are really comfortable and amazingly designed. But the spacing in all the versions is same. The front row is cool but the rear row is just fine for 2. Ahead of that the trunk is subtle to run the everyday errands.

The Chrysler 300 comes with the 8.4-inch touchscreen UConnect infotainment system. It is a nice system but is a bit hard to use. Well, this system features the Apple CarPlay and the Android Auto. The top-notch gets the Beats premium sound system with 10 speaker and 12 channels. The 12-months trial version of the SiriusXM Guardian is also included in this car. While the SiriusXM satellite radio is also available. Besides the infotainment system, the Chrysler 300 includes a colored TFT driver’s cluster display with configurable options.

The Chrysler 300’s safety column is filled with every essential equipment requires keeping the occupants safe. The airbags could be found in all necessary positions in this cars. Further, the adjustable seatbelts are quite comfortable to wear.

Ahead of that the adaptive driver dynamic features add more fuel to the safety. The parking assistant, lane sensor, adaptive cruise control, the blind spot monitoring and the forward collision and mitigation system are quite useful.

The Chevrolet Impala is one of the better options available. It is a smooth car with a decent interior setting. The exterior design is good enough to suit the domestic cars’ design. And the price range is even suitable for those looking for a handsome family car.

Well, Chrysler 300 needs to be modern to compete for the present day luxury cars. Otherwise, it is just another ordinary sedan roaming on the roads.