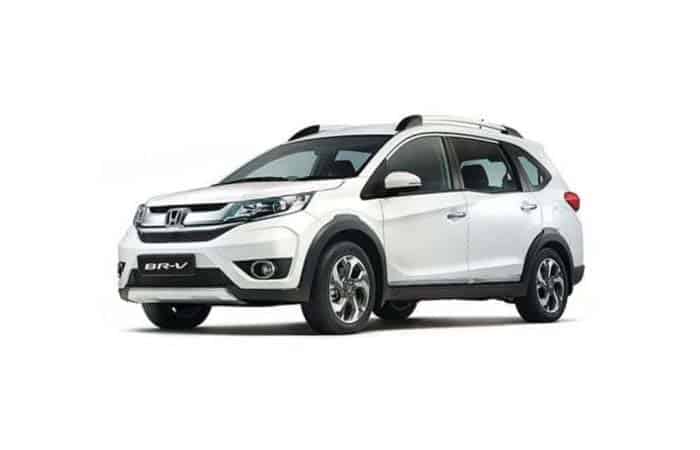 The concept of SUVs is expanding day in and day out. Every other motoring company is building SUVs. And with time, SUVs are not just limited to the off-road transaction. Instead, they even comply with the standards of the urban driving. While there are even some that are called SUVs but they do not have any off-road characteristics.

Well, the ones that are built only for the urban driving are a bold note on the personality of the driver. And such SUVs are mainly bought to enhance your PR. Along with that, the passion for noticed is even gained through such vehicles.

One of the personality building machines is the Honda BR-V. The BR-V is one step lower than the Honda HR-V. This whole series is of contemporary SUVs that are mainly based on city driving. The concept of the off-road passion could not be experienced. Yeah, you need something like an errand runner or the one to fetch your grocery, this is what these cars could do.

The BR-V concept was displayed at Gaikindo Indonesia International Auto Show 2015. Its successful response laid it to the production line. And in the very next year, the first models of this car were launched.

This SUV is built to target the audience of the South Asian, Far East Asia and the South African market. These are those places where SUVs are not a part of any hobby. Instead, these are taken as the personality builders.

Well, the official price for this car is as low as $22,290. The model levels are differentiated on the basis of the powertrain. And commonly there are just two models for this car.

Now let’s explore what Honda BR-V is capable of.

The Honda BR-V has been designed in Asia. The Honda Indonesia launched the concept version of this car. Though the concepts were of a hatchback. But it has been launched as an SUV. As per the Asian and South African market, the mileage of a car matters a lot. Keeping this in view Honda has created the BR-V with the concepts of economic mileage and lesser maintenance cost.

The diesel gets turbocharge and 99 horses galloping at 170 lb-ft of torque. Though it is turbocharged, it has nothing to do with the performance. On the track, it is yet another lethargic fella.

Well, the BR-V is an SUV, but you do not have to expect any sort of off-road capabilities in this car. Although Honda advertises it as an off-road fella. But those are just the ads. They have nothing to do with the reality. Like, the Indian Honda shows BR-V parked off-road around a landscape and in the other scene it has been shown in the city.

The diesel BR-V gets the I-DTEC with a better mileage and lowers the exhaust. It offers 25 mpg as combined fuel mileage. And the maintenance cost is similar to a hot-hatch.

Well, the handling is fine. Particularly it has been designed for cities. Every corner feels soft in this car. This is all because of the linear steering capabilities that make it easier to drive in the city.

From the North East angle, the BR-V looks like a station wagon. The front view makes it a van. While the sides eloquent enough to be called an SUV. While the rear is like an improvised Odyssey.

Frankly speaking, the BR-V has no attraction in the exterior. Though it has projector lamps, LEDs, fog lamps and 16-inch alloy wheels. But still, it is not impressive at all. That could be one of the reasons that why Honda did not introduce BR-V to the North American and European markets. Although CR-V and the HR-V are already there. But there is no BR-V.

The exterior of a car matters a lot!

The interior design is fine. As standard, the BR-V gets a pretty simple interior design. Most of the improvements are only available at the upper trim level. While the midrange and the lower level gets only the basic parts.

The PVC seat covers are standard. While the upper trim enjoys the stripes on the seats. Ahead of that, the upper trim even gets the leather-wrapped steering wheels and gear knobs, and leather pad on door knobs. And carbon fiber is used for the accent design.

The BR-V is spacious inside. All the three rows have enough capacity for six people including the driver. For the cargo spacing, the second row could be split 60:40. While the third row can go down 50:50. Besides, there is certainly no cargo space in this car. While the convenient pockets are available.

The Honda BR-V gets the infotainment system according to the region. While the base model just gets the stereo controller. The navigation is optional. Though it is optional, regions do not get this feature due to lack of connectivity.

The voice recognition and the telephony come along the infotainment. Further, the Bluetooth audio streaming is also available.

The BR-V has dual airbags on the front. Besides, it gets the seat belts for every passenger in the car. Well, that is a blessing as the South Asian cars usually do not get the seatbelts for the rear passengers. And the airbags are usually malfunctioning.

Away from the passive safety, the BR-V comes with Anti-lock braking system and the electronic brake distribution system. The Honda has provided an ACE body structure to the BR-V. It is certainly a cage that reduced the collision impact.

Well, in the Asian and African regions you even the feature of car safety. As the car theft is one of the major problems there. Well, the Honda BR-V gets the engine immobilizer. This system kills the engine while the car is being stolen. That is fine enough for the thieves as they would certainly go empty handed!

There is plenty of competition down at this level of cars. Every other company is creating the fancy urban rides. Well, we found the Toyota Avanza which is yet another small size SUV. The performance, design and the interior of BR-V and the Avanza are pretty much similar. Just the badge and bit of performance is different. While the rest is all similar.

The BR-V is a cool grocery runner. It would not cost you much to keep this kind of an SUV as it is cool with the mileage and the maintenance.