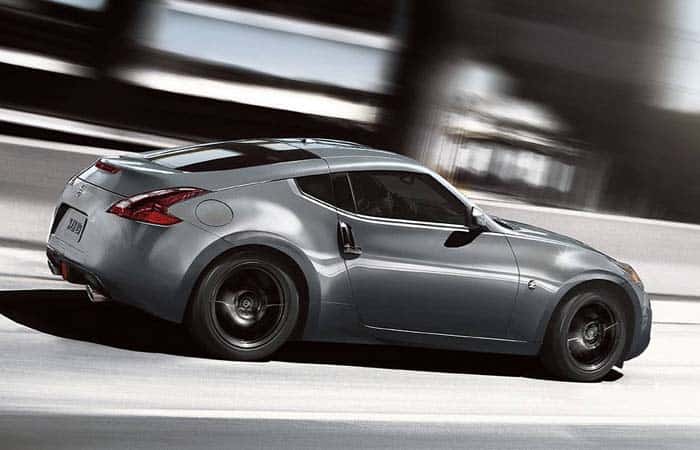 The Fairlady is one of the famous brands of the Nissan. They had been using this brand for the gentle sports car that they launched in 90’s. Later, the NISMO stepped in, which certainly relegated the position of the Fairlady.

In the mid 90’s, Nissan launched the Fairlady for the first time. It was marketed as Datsun Sport and the Datsun Fairlady. The vehicle earned fame from all around the world. And since then, the Fairlady has become the brand of Nissan. In 2002 the 350Z was launched to revive the chapter of the Nissan Fairlady-Z. As a succession, the 370Z came into being.

It was the Greater LA Auto Show 2008 where the 370Z was introduced for the first time. And in 2009, this car went into production. It is one of those cars from Nissan, which is not only marketed in North America. Instead, it even has a strong market in Japan.

The 370Z is not just the member of the Nissan Fairlady, it even is a part of the Nissan Z-Car. Well, don’t take this Z as in Zombie. It is still at large that what does this Z means. Well, it is a pretty long story that how this Z was introduced. But in short, it was just a prototype which became the favorite for a lot of driving enthusiast.

The Nissan 370 Z is the sixth installment of the Z-Cars. Since the first release, there have been several editions created for this car. But the notable versions are the Heritage, Sport, Touring and Nismo Tech. The base price of this car is $29,990. Which is indeed a plan of Nissan to provide sports at an affordable price. While the best in this series is priced at $45,690.

The Nissan 370Z gets its name from the 3.7 L V6 engine. It is the only engine available for this car. But it is available with two different tunings.

The standard tuning is of 332 hp of power with 269 lb-ft of torque. This powertrain is available in all the standard models of the 370Z. It comes with the 6-speed manual transmission. Well, for a V6 sports car, we eye on the dual-clutch transmission with energetic gearing ratio. But Nissan has offered an optional revving ignition which allows you to time the shifts as per your choice.

The 370Z NISMO Tech comes with the same 3.7 L V6 engine, but with a different tuning. It has 350 horses running with 376 lb-ft of torque. And it is the finest outfit available in the Nissan 370Z series. Well, this powertrain gets the option for the 7-speed automatic transmission. But this is just the simple automatic transmission. And nevertheless, it is even a lethargic gearing system. It pounds more torque in shifting, rather than eliciting a perfect gearing combination.

Well, this is where the Nissan 370Z loses all of its passion. It does not remain a pleasure ride anymore. And even at this stage, you may hardly consider it as a sports car. It becomes a simple family ride coupe.

We scored 5.0 seconds to cover 0-62 mph. And this was done using the NISMO Tech. While her best-recorded track is 160 mph. Indeed we have encountered a number of V6 sports cars performing way faster than the 370Z. And in a way, it is just a retaliation for its GT-R sibling.

It seems like Nissan forgot to better the performance of this car. But it has invested some good brain on the exterior design of 370Z. The 370Z looks pretty vintage through its design. But in a way, Nissan has kept the legendary retro shape of this car. The aerodynamics resemble the GT-R. While the rear and the front are as same as they were in 350Z.

The 18-inch black alloy wheels are standard on this car. While the models from Sports Tech and above share the 19-inch forged alloy wheels. The headlamps have the same arrowhead design. And the rear has the same old up west spoiler. While the rear lamps are even designed as arrowheads.

You do not need fender vents for a V6 engine. You just need to have a wider grille and everything is cool. And this is what the Nissan 370Z has.

The interior design is pretty fine. It just gives the appearance of a sports car. And there is nothing such like Luxury in it. It is just a rough and tough companion of the tracks. Well, over speedy rides, you may find the cockpit a bit uncomfortable.

Well, the Nissan 370Z has leather seats and carbon fiber trim. Standard seats are slightly ducked in. While the NISMO Tech seats are deeper than these. Well, the NISMO Tech adds some more color to the interior design. And do not think about bringing in three friends for a power ride. You only can get one with you. As it is just a 2-seater coupe. By the way, we do not have any complaint about the spacing. Leg and headroom are pretty fine. Even our 6-feet tall fella did not scratch his head with the ceiling.

In addition to this all, automatic temperature control system is standard. And the 3-bay gauge cluster for oil temp, voltmeter, and digital clock is even standard in all the models of 370Z.

Nissan has spent some serious infrastructure in maintaining the safety of this car. The 370Z has everything that a car needs to keep the occupants safe. Like it has advanced airbag system, side impact bags, roof mounted bags and some other bags. Well, there is no space for the children in this car. So you would not have to worry about them.

Why would a Mercedes challenge a Nissan? Because the SLC43 has the similar performance schedule. But it wins this competition because it is luxurious, comfortable and adorable. Indeed, the SLC43 is a passionate car.

Well, the 370Z is just like a column between the high spec and low spec Nissan cars. If you wish to get an entry-level sports car, then the 370Z is not a bad choice. And even the price tag is economical. But if you eyeing for something serious, then you will have to shop around.