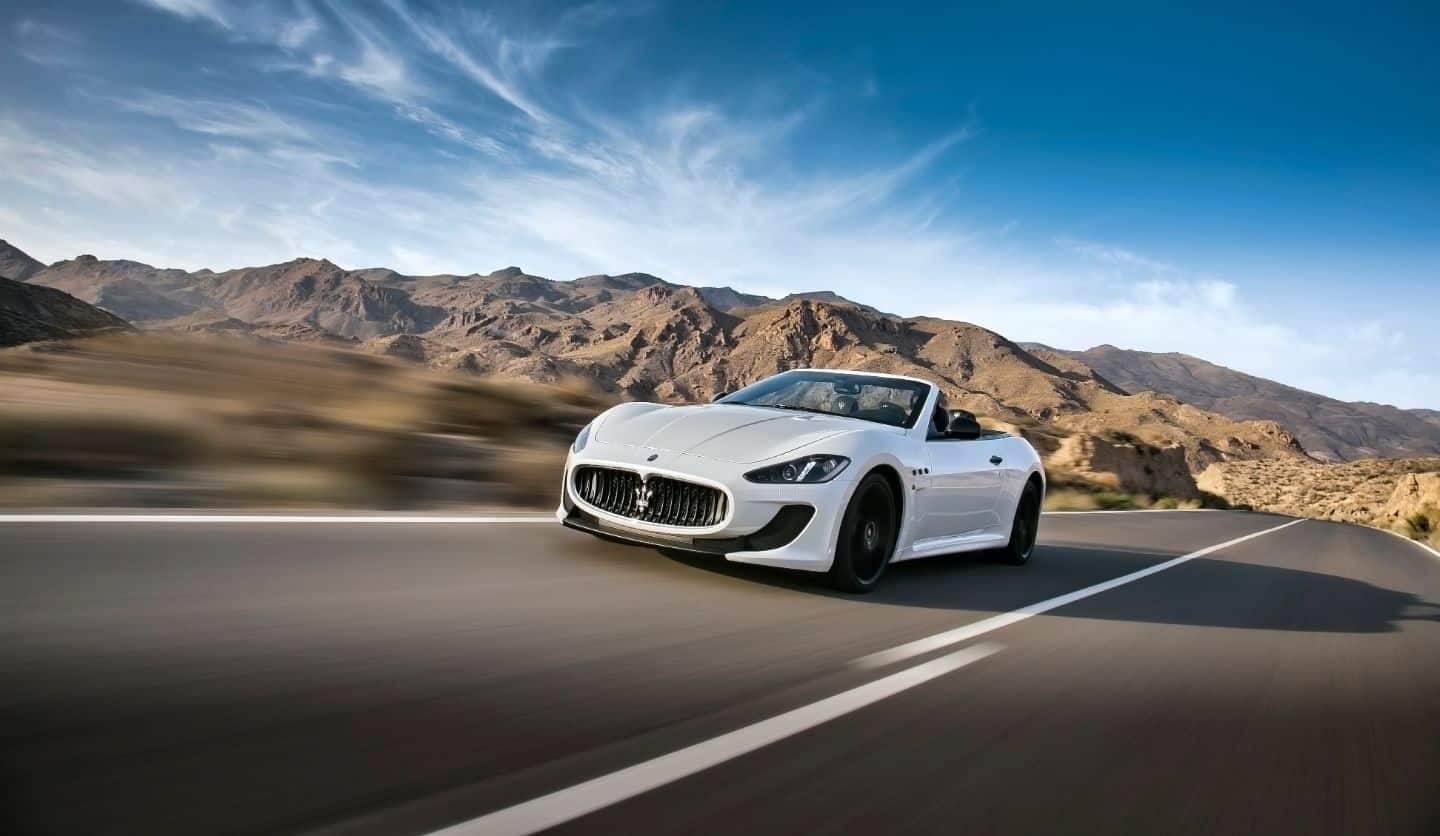 Some driving enthusiasts love coupes. While some other prefer convertibles. The performance car manufacturers have taken care of the demand of the consumer by producing coupes and convertibles simultaneously. Mostly such cars are just differentiated according to their body style. But at times the mechanics are even differentiated.

After two years of the launch of GranTurismo, Maserati presented the convertible version of the series. The GranCabrio was displayed at the Frankfurt Motor Show for the first time. Just a year after (in 2010) this car was introduced in the European market. And in the same year, the North American market received its share.

Well, the GranCabrio is the first ever four – seater convertible produced by Maserati. The “Cabrio” has been pronounced as the short form of Cabriolet, which means Convertible. Italian indeed! The GranCabrio shared its powertrain and suspension with the GranTurismo S. Later the powertrain was improved to deliver more power and produce much linear torque.

This car is available in 4 trim levels. All of them get the same powertrain but share a varied suspension. The base model is the GranCabio or the GranTurismo Convertible. This model is priced as low as $145,740. The Sport, MC and MC Centennial Edition are the next models. The Centennial Edition is a high-trim model of the GranCabrio series with a price tag of $182,009.

The available amenities and formulations can beautify the interior design. And this all can take the higher trim price to up $190,000.

Later this engine was replaced with the one making 444 hp of power. The new engine was borrowed from the GranTurismo MC Stardale. Further, with this powertrain, GranCabrio delivered 15 lb – ft of more torque.

All of these powertrains are mated with the 6 – speed ZF automatic transmission. Well, we missed the manual transmission a lot.

GranCabrio is capable of showing some serious power with this impressively built Ferrari engine. But, this 90o V8 lagged on the throttle. Further, the ZF automatic did not give the thrust this V8 was demanding for.

On the track, the Maserati GranCabrio took 5.0 seconds to launch from 0 – 62 mph mark. Well, launch control is introduced in a number of competitors of Maserati. And we missed that as well. Indeed the V8s are capable of going faster. Commonly they make their launch in less than 4 seconds.

When it comes to the handling, then we should praise Maserati for that. The GranCabrio takes every turn sweetly. And we even enjoyed the way it stops. It was indeed quite royal. If it was all about the handling and not the acceleration, then GranCabrio could have been at the top of the list.

The structural design of GranCabrio is pretty much like its parent series. The front fascia, sides and the rear designing are almost the same. Except for the hood on the bonnet of GranTurismo is not available on the GranCabrio.

Well, this convertible gets the soft top. The base models get the same 20-inch wheels that are available for its parent. However, the Centennial has a refreshed range of wheels available. The color of the brake calipers can is on buyer’s choice. There is a range of 9 colors available for the brakes.

MC Sports line package is available for the GranCabio. This $2,700 package adds the carbon fiber on the interior design. Further, the Tooled MC Aluminum Pedals ($650) replace the standard pedals with the sports finished pedals. To enhance the cosmetic design of the seats a drilled leather package is even available. With additional $950 you can appoint some more leather in your car.

Well, Maserati has blessed GranCabio with plenty of useful features. But we missed the Android Auto and the Apple CarPlay. For the music, you get 11 speakers, Bose Audio and SiriusXM Multimedia. Besides you get the Bluetooth, telephony and navigation in this car.

The Maserati GranCabrio fulfills all the safety standards. It has a number of passive safety equipment. Further, it employs the Anti-Lock Braking System and Emergency Braking Assist. There are plenty of active safety features available in GranCabrio. They include cruise control, parking sensors, adaptive headlights, engine immobilizer, post-collision safety system, stability and traction control and tire pressure monitoring.

The Italian Maserati GranCabrio gets the competition from the German Mercedes-Benz SLK55 AMG. The SLK55 AMG has the same performance schedules as that of the GranCabio. But inside it is more luxurious than then GranCabrio.

Well, of course, Maserati is trying its level best to come up with something driveable. GranCabrio is a good choice, but there are even some better options available.