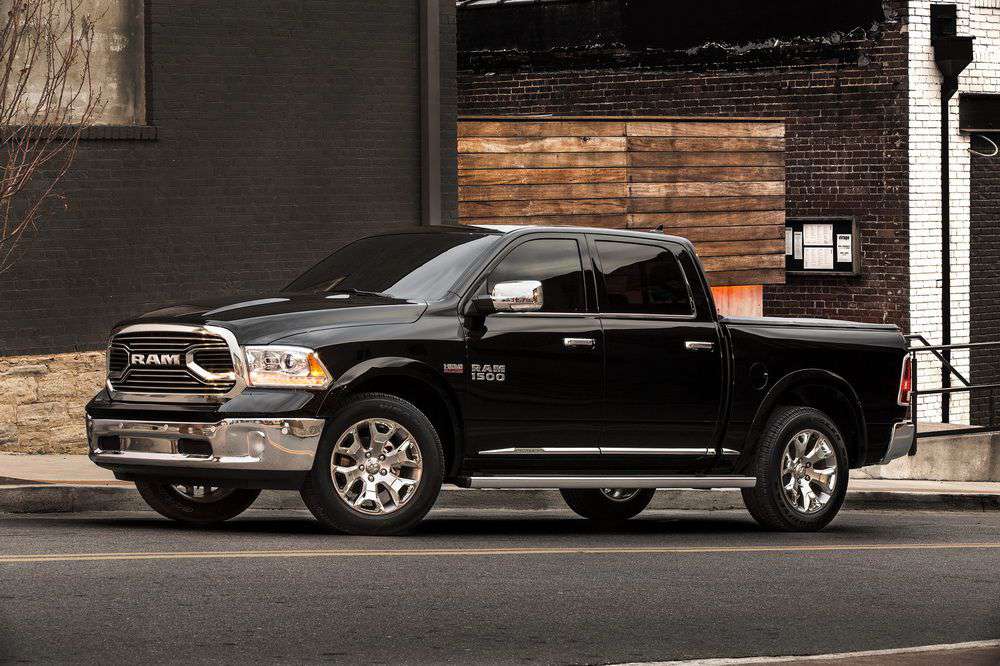 Ram has a pretty good introduction to the world because of its Ramming vehicles. The recently established division has come up with some remarkable mid – sized trucks. Among them, Ram 1500 is a renowned franchise.

Ram 1500 has 8 models in the franchise. Cheapest among them is prices at $26,200. Each model in the franchise has certain differences in shape and performance. While not to forget, Ram Trucks have been titled as “Truck of the year” five times by an automobile magazine. And the present day Ram 1500 has won the same title twice.

Due to the shorter history of the company, it is considered that Ram 1500 is the successor of Dodge D-Series. It is because Ram was previously a part of Dodge production line. As per some chorology, Ram 1500 belongs from the fourth generation of Ram Pickup Trucks.

Dodge initialized Ram production with heavy duty engines. Those were specifically the V8 engines with up to 6000 cm3 of displacement. The performance line had the upgrades of Cummins Diesel Engines which raised the displacement bar up to 6300 cm3.

Ram 1500 was first launched in 2009 soon after Ram became a separate part. The market reception of the truck was pretty smart. Though the competition was quite strong, but still Ram 1500 paved its way ahead.

The best stories even tell that Ram 1500 has plenty of pre-bookings for the upcoming year.

See Also: Cars VS Trucks, We Discuss The Pros and Cons

Ram 1500 has distinctive performance modes. Besides the rest of the Ram pickup truck fleet, 1500 has a unique flavor. Even the comparison with the competitors won’t even get much turn. Ram 1500 has a significant towing capacity. It can tow 4,150 to 10,600 lbs of weight depending over the powertrain of the truck.

The performance chart includes two engine variants. The 3.0 L V6 EcoDiesel engine and 5.7 L V8 gasoline engine. Besides the diesel and gasoline trucks, there is a support of PHEV as well. A 12.6 kWh 355 V lithium ion battery is also installed in the truck. It has a significant impact over the truck lovers. The fuel economy is pretty much rationalized this way and an adoring mileage is delivered. While there are particular upgrades available as per the model and engine specifications for the battery.

The PHEV trucks are tested to give 55 mpg of EPA. It is a marvelous mileage ratio for a pickup truck. And for sure there are very few of the trucks reaching that level. The enhanced models in the series use Dual Exhaust System. It is quite worthy in redefining fuel economy.

As per some tests, it is revealed that Dual Exhaust System utilizes the wasted fuel and enhances the mileage of the truck. While the track records are even quite well when discussing the Ram 1500. Especially when it comes to the 5.7 L Hemi V8 engines, those are pretty strong and powerful machines. Particularly they are the performance trucks.

Ram 1500 has a muscular shape. Though it is a pickup truck. Still, it has something more muscular in its shape. The towing gates have the Class IV Receiver Hitches and automated door hinges.

The sporty versions have enhanced headlights. They get the Bi-functional Projector Headlamps. Though it adds some more deal into the quotation. But it is a fun to drive. The angry face Ram 1500 certainly do seems that it will ram the forthcoming element.

Ram 1500 has a classic taste in its interior. It has a smooth touch over its steer wheel. Even some models get the leather coated steer wheel, which makes it romantic when driving. And when it comes to the sound system, it is pretty soothing and enchanting.

The comfortable seating makes it a pleasure to have a drive of Ram 1500. Whether it’s a regular, crew or quad cabin, they all set a remarkable note on the passengers’ journey.

The recent upgrades made the interior quite luxurious and rich in color. The hood, dash, steer, mirrors, panes, or anything else, got a remarkable change. That’s what makes Ram 1500 market favorite Pickup truck.

While beside leather, wood accent has been frequently used in certain models of Ram 1500, such as Laramie Longhorn. It makes the truck more luxurious from the inside. Rather it won’t be wrong to call it a Royal Ride then.

The system has various touch screen sizes. Among them, there is an 8.4 touch screen panel. The recent upgrades include the enhanced smartphone and tablet device connectivity. While the Bluetooth and stereo player is standard as it was last.

Back in the times Ram 1500 had issues with the battery as they caught fire. As per the reporting of Ram none of the passengers or drivers were injured in any of the event. Even the trucks were 100% safe apart from some portions of the PHEV.

With further Research and Development, the PHEV system of Ram 1500 was made safe. The 2016 Ram 1500 was tested to have an almost perfect PHEV system. Rather the unaddressed issues won’t catch fire. They are mainly the weather dependent issues.

GMC Sierra 1500, the competitor from the American soil matches the Ram 1500. Performance, Price, and style of both the trucks have a lot of resemblance. Just a fraction of difference separates them from each other.

Getting something at such a good price is called luck. Ram 1500 is a fun to drive and certainly a long life companion. Performance, fuel, economy and towing capacity are a remarkable feature in this truck. And certainly a requirement of Truckers.