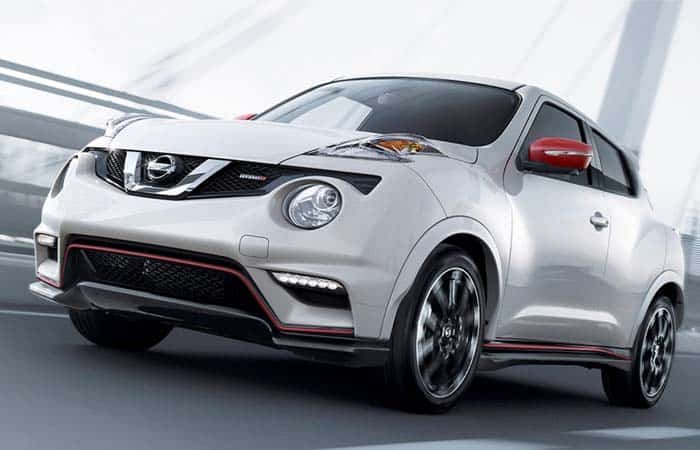 There have been some strange concepts that Nissan has introduced in the past. In 2009 Nissan introduced the Qazana Concept Car during the Geneva Motor Show. And during the show, Nissan revealed that they would be introducing a production version based on that concept.

Well, soon after that, the vehicles was retitled as the Juke and was sent into the production lines. And by the mid of 2010, the Juke was introduced into the market. Its market response was more than the expectations of Nissan. It certainly had a 5-6% better response than it was thought. And this response was not just from the Japanese market. Instead, it was the combination of the North American and European markets as well.

Nissan introduced the rebadged version of Juke in China as the Infiniti ESQ. This car even had a good response from the Chinese market. By 2014 Nissan introduced the facelifted version of Juke during the Geneva International Auto Show. But as soon as it came into the market, the fame for Juke began to decline. In the North American market, the vehicle started struggling. While in the remaining territories it was still doing fine. Over a survey, it was revealed that Juke is appreciated by the youngsters and the mid-age buyers. Certainly, the average age rated between 40-45 years.

To market the Juke, Nissan published the Stormtroopers ad for the Japanese market. Well, that was much like a static ad with Stormtroopers from Star Wars seemed confused after seeing this car. But Nissan even crafted some good ads for this car.

For the present day, the Juke has been discontinued in the US. And the Nissan Kicks took its place. While in the rest of the world, the Juke is priced as low as $21,925.

Like the rest of the Nissan, the Juke is even available with variant drivetrain options. The North American version was available with the 1.6 L inline 4-cylinder turbocharged engine. This is the 190 hp engine block with 177 lb-ft of torque. The all-wheel-drive is standard for this configuration. And it comes mated with the 6-speed manual or the continuous variable transmission. Well, this powertrain is the performing version of the whole standard Juke series. While the Nismo takes a different credit.

Now this drivetrain is available in a different market with a slight change. Away from this option, the base version Juke gets the 1.6 L 4-cylinder naturally aspirated engine. This option is available with two tuning options. The base version has 94 horses making 103 lb-ft of torque. While the tuned model has 117 horses and 116 lb-ft of torque. These models are available on with the front-wheel-drive configuration. And they come mated with the 5-speed manual transmission.

The diesel dynasty for the European market is available with the 1.5 L 4-cylinder turbocharged engine. And that is the only diesel engine available for the Nissan Juke. Well, this is a 110 hp engine with 177 lb-ft of torque. Though underrated, it seems energized with the turbocharger. Further, it is a front-wheel machine only and comes mated with the 6-speed manual transmission. Ahead of that, it emits around 124 g/km of CO2. This score is better and even it is better than its own siblings.

In a way, it seems like that Nissan got impressed from the frog and designed this car. Well, the Juke has a slightly trimmed front grille, unlike the rest of the Nissan. Further, it has a giant headlamp socket, with an alien shaped DRL design. Along with that, there are tiny fog lamps available in this car as well. While at the rear, the Juke becomes a high roof hatchback, with the same alien shaped taillights.

The interior collection is pretty decent in this car. The base models are dressed up as the errand runners with the static seats and the convenient consoles. While the upper trim levels are set up for the sporty features with the sports seats and dual tone trim and accent. Further, the ingredients include leather seats and fiber accent.

Ahead of that, the Juke comes with a decent space for the front row. The rear row even offers a plenty of space to space to sit. While for the cargo you would have to compromise with the rear row if you need to carry something more than the basic grocery bags.

The base models of Juke are rarely blessed with the technological features. While the upper trim levels come with the 5.8-inch touchscreen infotainment system. Well, the infotainment system features the multimedia player with radio. Further, it gets the smartphone connectivity for the Apple and Android. Ahead of that, the navigation is optional. The navigation comes with the 3-D maps and environmentally friendly driving scales.

The Nissan Juke features almost all the essential passive safety equipment, such as the frontal airbags and the adjustable seatbelts. For the active safety, the Juke features ABS, EBD, braking assistant and electronic stability control. Further, the driving dynamic features include a tire pressure monitoring system, rear view parking camera, cruise control and the speed reducer.

The Toyota Rush is one of the options available if you need to look something other than the Juke. The Rush has a decent exterior design and a fine interior, but when it comes to the performance, they both are almost the same.

Well, the Juke has gone out of the US. And the Kick has jumped in to replace the Juke. While the rest of the world still has the Juke going on.

On the other hand, check out our take on the 2018 Nissan Micra.