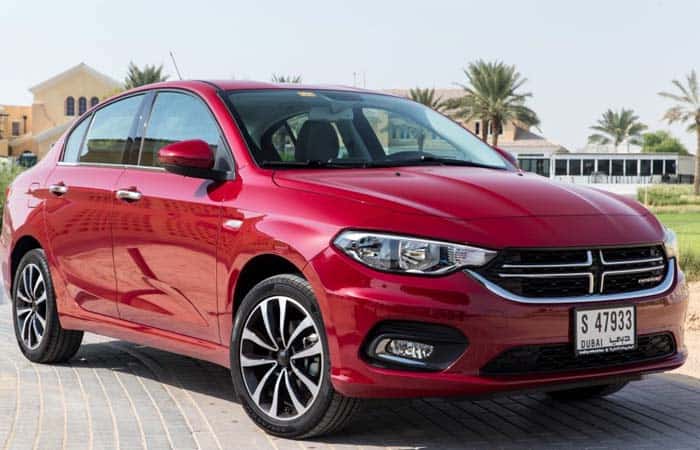 The entry-level sedans are available in various different patterns. In some standards, they are just the sedans with the capacity to fit in four people. While on some other occasions, they are set to work as the entry-level sports variants.

Well, all across the session the entry-level sedans are proposed as the sports cars. While actually, they are just the sedans. The Dodge even follows the similar phenomena. In 1994, the Chrysler introduced the Neon as a sports sedan.

This car remained successful for the Middle Eastern market. But it hardly got any chance in the North American setup because of a tough competition. Well, the fate remained uncertain for this car. Actually, the fate of the Chrysler group switched from one company to another. And so did its performance shifted one badge to another.

Just after 5 years, the first generation ended-up. In 1999 the second generation Neon came into being. Previously it was also known as the Chrysler Neon and Plymouth Neon. But now it was only marketed as the Dodge Neon. Well, this time, it went better. But still, it did not score fine in the competition. Finally, it was decided to surcease the Neon series.

But who knew that Dodge would need the Neon title once again. After a serious discussion, the Neon was introduced once again in 2016. Instead of an improved version of the previous generations, the Neon was reintroduced as the rebadged version of the Fiat Tipo. The vehicle is available only in the Middle East and the Mexican market. While its influence in the other markets is not much appreciable.

Well, the starting price for this sedan is $15,700. This price has been extracted from the international market.

The Dodge fans have good words for the Neon. It is generally taken as an entry level sports car with loads of fun. Well, the Neon comes with 3 different drivetrains. And all of them carry the sports specs.

The base version is equipped with the 1.4 L inline 4-cylinder engine. This drivetrain gets 100 horses to rev at 90 lb-ft of torque. And this is one of the modest powertrain available for the Dodge Neon. In a way, it is the beginning powertrain of the Dodge cars.

The next to join the race is the 1.6 L inline 4-cylinder flex-fuel engine. It is an ETorq engine with 115 hp or power and 122 lb-ft of torque. The diesel drivetrain is indeed powerful than the flex-fuel. But with the gasoline intake, the flex-fuel version scored 0-62 mph in 7.4 seconds. While we managed to take her to 153 mph.

Well, the diesel configuration begins with the 1.3 L inline 4-cylinder engine with 104 hp of power with 155 lb-ft of torque. The 1.6 diesel gets 120 hp with 190 lb-ft. The CO2 emission rates to be pretty much lower. And that is why it gets a better space in the Middle Eastern market.

But the only symptom we get for not launching Neon in the North American market could be the competition. The hatchbacks are rolling with much better fuel consumption and power details. And the hybrids add some more fuel to the economy rides. Along with that, the hybrid sports cars are creating a greater destiny for fuel saving.

The Neon is styled as a standard urban sedan. Dodge signature grille, halogen headlamps, and steel wheels are some common ingredients on this car. The base models come with the 15 and 16-inch steel wheels. Just the top trip gets the 17-inch wheels. Aerodynamics are certainly absent on this car. Fog lamps are available, but you would miss the spoiler. Still, the neon goes nice and steady. But she is not like a sexy car. She is just another city car.

See Also: What Is A Hybrid Car, How It Works And the History

While getting the Dodge Neon, you would have to compromise much with the interior ingredient. The interior appointment is fine. But there is nothing like the luxury seats, comfortable cockpit or spacious interior. Along with the ingredients, you will have to compromise with the spacing in this car. The front row is fine, but the rear row is not that much generous. Cloth seats and the carbon fiber accent are the basic ingredients of this car. Well, she is just set as another local contender.

The Neon gets some fine safety equipment. The occupants are pretty much safe in this car. There are plenty of airbags on the sides, curtain airbags and the LATCHEs. Further, the Neon has the ABS, EBD, stability control and the traction control. Along with that, the Neon gets the electronic rollover mitigation with the tire pressure monitoring system.

The driving assistive features include hill climb assist, cruise control, parking sensors and climatic sensors. Well, Dodge has not compromised on the safety standards of this car.

We have the Honda Civic here as the competitor of the Dodge Neon. Though normally, Hondas are never the rivals of the Dodge. But in the Asian market, Honda is among the leaders of the city cars. Alike, the Civic is even among the leading cars over there. And is pretty much an equivalent rival of the Neon.

The Neon is a good city car, with sporty specs. But to get more impact, Dodge should step it into the North American market.